Future Directions in the Study of Migration and Racial Justice: A Postdoctoral Symposium

The December 8 event was sponsored by the Einaudi Center, in partnership with the Society for the Humanities. Learn about Einaudi's global research priorities, including Inequalities, Identities, and Justice and Migrations. 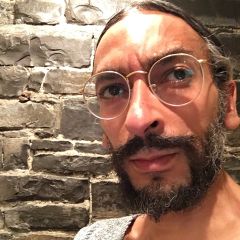 Mohamed Abdou is an Einaudi global racial justice postdoctoral fellow. He graduated from Queen’s University with a doctorate in cultural studies and holds a BAH/MA in sociology. He is an assistant professor of sociology at the American University of Cairo and an interdisciplinary scholar of Indigenous, Black, critical race, and Islamic studies, with extensive fieldwork experience in Turtle Island and the Middle East and North Africa region. His book Islam and Anarchism: Relationships and Resonances is forthcoming from Pluto Press in 2022. 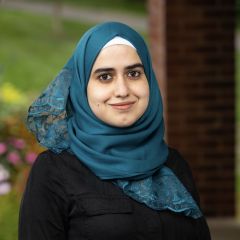 Eman Ghanayem is a Mellon postdoctoral fellow with the Society for the Humanities and Department of Comparative Literature. She was the 2020–21 Chancellor's Postdoctoral Fellow in Asian American Studies at the University of Illinois at Urbana-Champaign. She holds a PhD in English. Her current book project argues that indigeneity, as expressed in American Indian and Palestinian literatures, represents an alternative form of belonging that is land-oriented, relational, and can function without a state. 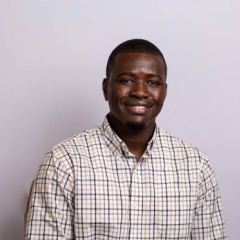 Bamba Ndiaye is a Mellon postdoctoral fellow with the Society for the Humanities. He earned a PhD in comparative humanities at the University of Louisville. His research interests are the intersection of Black Atlantic social movements, critical race theory, Black Atlantic popular cultures, mobility, and Pan-Africanism. He is currently working on his book manuscript, Black Social Movements in the Digital Era. 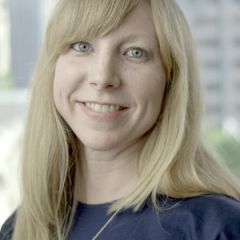 Eleanor Paynter is Einaudi's Migrations postdoctoral fellow and hosts the Migrations initiative podcast, Migrations: A World on the Move. She graduated from The Ohio State University with a doctorate in comparative studies. Her work is in critical refugee studies, incorporating approaches from narrative, media, and cultural studies. Her book project, Emergency in Transit, examines migration from Africa to Europe via the Mediterranean Sea, drawing on migrant testimonies produced in Italy to reconsider the common framing of migration as a crisis or emergency. 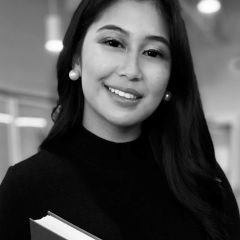 Grace Tran is a postdoctoral fellow with the Migrations initiative. She holds a PhD in criminology and socio-legal studies from the University of Toronto. Previously, she held concurrent visiting appointments at the Kinder Institute for Urban Research and Rice University. Tran's advocacy, writing, and research interests stem from her experience working at an immigration law and consulting firm. Her work has been featured in Ethnic and Racial Studies, the Journal of Immigrant and Refugee Studies, a forthcoming volume with Rutgers Press, and the Toronto Star.