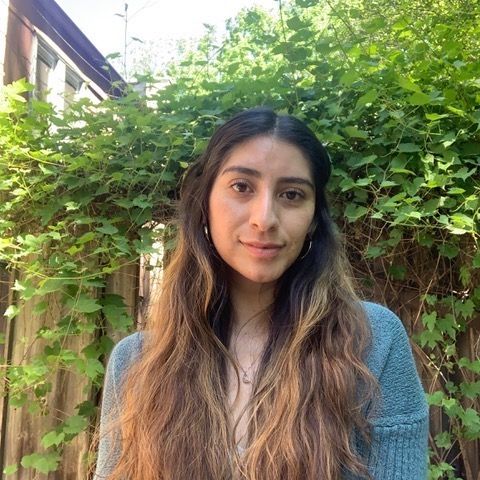 Angelica Aguirre is a PhD student in the History Department. Her studies focus on space and politics surrounding counterinsurgency in Southern Mexico. 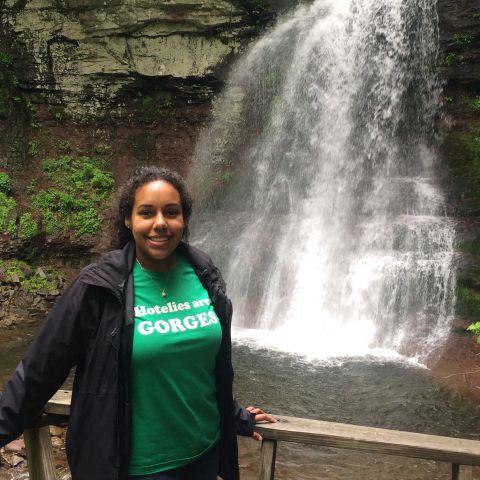 Karina Beras is a PhD student in Anthropology. Her research explores (un)belonging and (dis)placement in relation to statelessness. Specifically, she focuses on Dominicans of Haitian descent in the Dominican Republic. 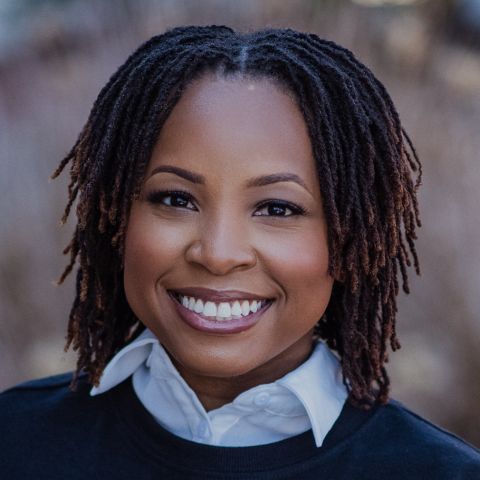 Gloria is a native of Haiti and a fourth year MS/PhD student in the Department of Natural Resources and the Environment. Her work focuses on community-based agroforestry programs and their social and ecological impacts on rural communities in developing countries, specifically that of Haiti. 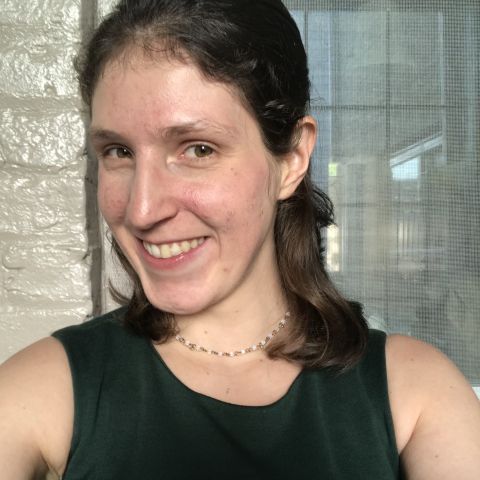 Jasmim Drigo is a PhD candidate in linguistics. She is interested in historical linguistics, language diversity, and in Brazilian Portuguese. 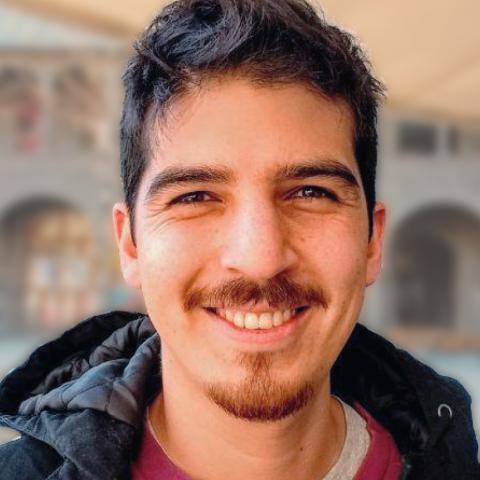 Matías G. Flores is an MS/PhD student in the Department of Global Development. He is from Santiago, Chile. His research focuses on Higher Education and Development, particularly in Public Engagement and University Extension in Latin America. 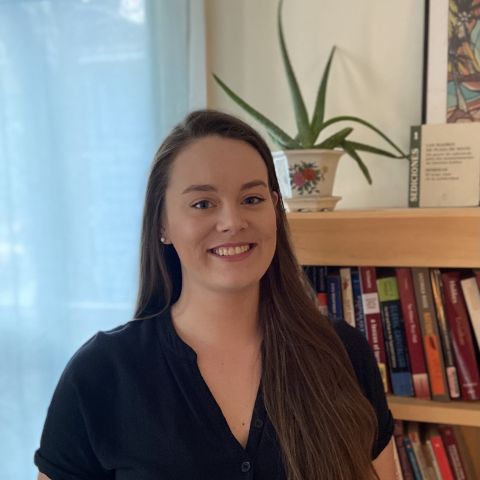 Emily is a Ph.D. student in the Government Department. Her research focuses on social movements and gender, with a particular interest in framing and intergenerational activist cooperation in Argentina. 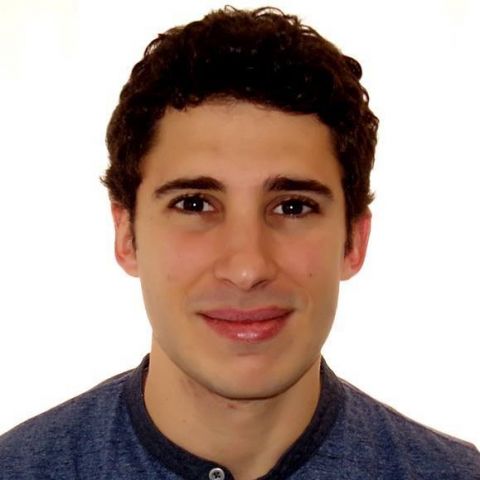 Antonio Moya-Latorre is a Ph.D. student in City and Regional Planning. His research explores how to leverage cultural infrastructures to spark social and material change in self-built settlements in Mexico, Brazil, and Colombia. 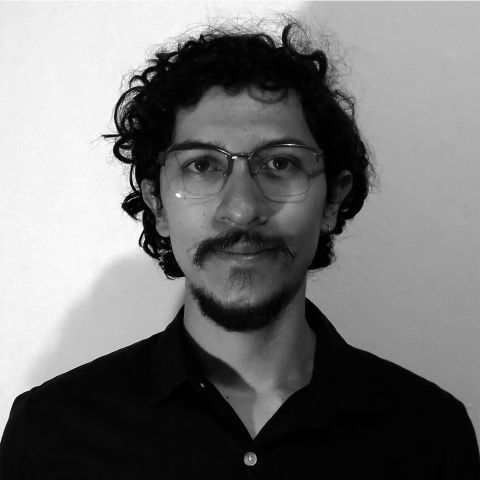 Leonardo Santamaría-Montero is a PhD student in the Department of History of Art and Visual Studies. He is interested in the study of 19th century Central American visual and material culture, with a focus on indigenous aesthetics and their representations. 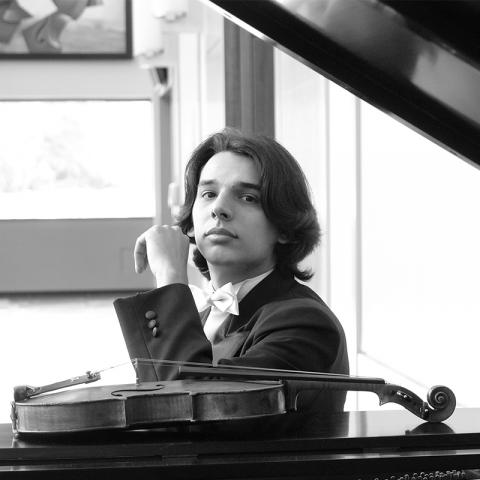 Rafael Torralvo is a violinist and musicologist whose academic research focuses on the intersection between music, literature, and politics to analyze the construction of national identity in Brazil during the military dictatorship (1964-1985). 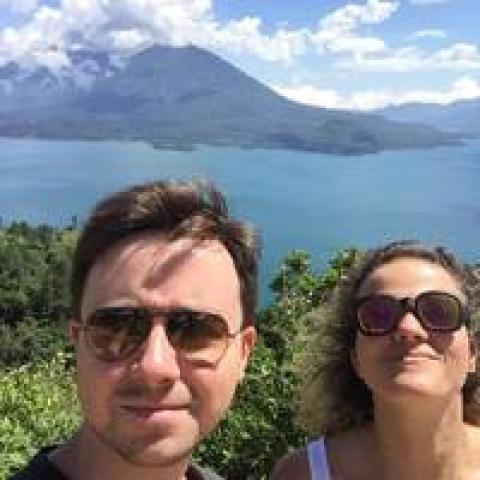 is a PhD student in the Department of Romance Studies where he works on the intersections of Latina/o Studies and Latin American Studies. He is a recipient of the Engaged Graduate Student Grant for which he directed a documentary on the Mexican-Guatemalan border that is currently in post-production. 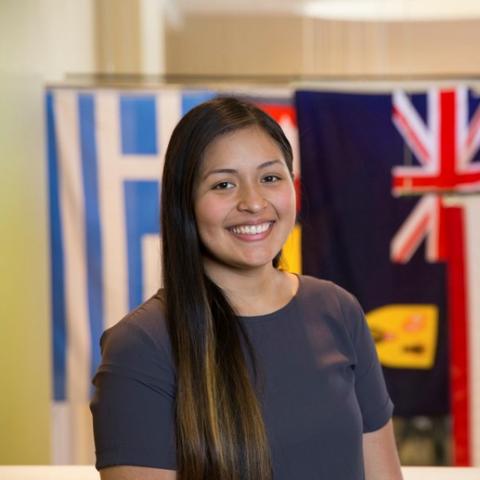 Angie Torres-Beltran is a PhD student in Cornell's Department of Government.  Her research focuses on women’s rights in South Asia and United Nations peacekeeping operations. She received her BA in international and global studies from the University of Central Florida. 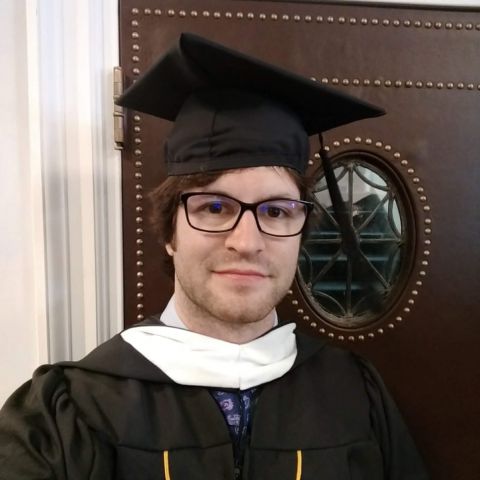 is a second-year PhD student in the Government Department. His research focus is on criminal politics, electoral violence, and party institutionalization. 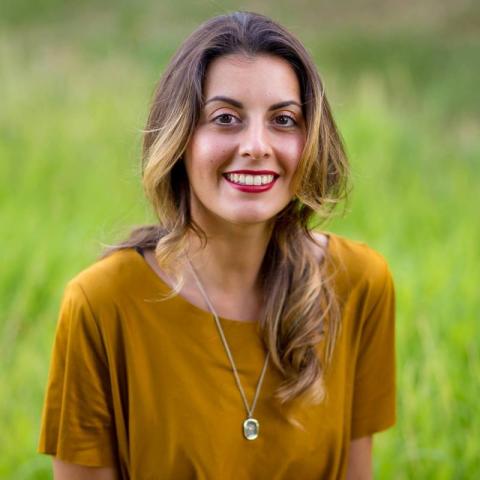 graduated in May 2021 with a Masters in Landscape Architecture; Trained as a designer, Jihany is particularly interested in the aesthetics of emerging landscapes of production in Latin America. 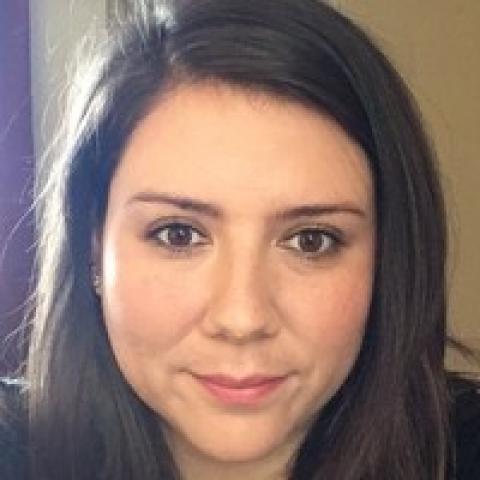 Yamile Guibert  is a second year PhD student in the Government Department, with a focus on comparative politics and Latin America. She is interested in the study of corruption and voting behavior, with an emphasis on the Peruvian case. 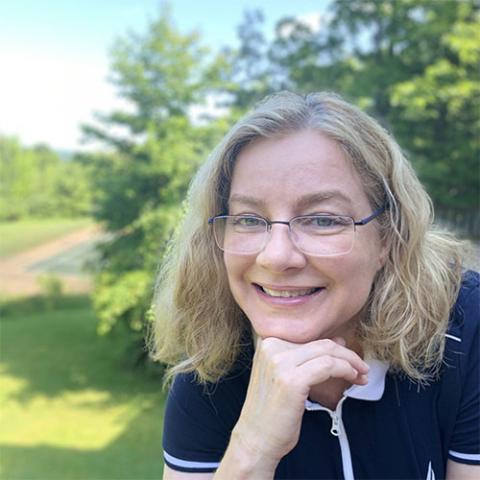 Simone De Lemos is a PhD candidate in linguistics and a member of the Computational Linguistics Lab. She holds a BS in computer engineering and an MA in linguistics. 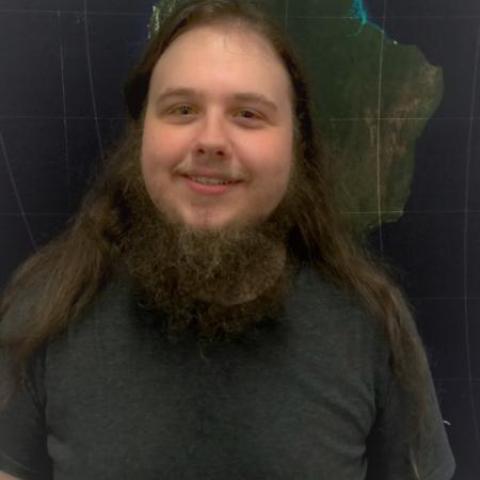 Daniel Dawson is a second year PhD student in the history department who studies early modern Spanish America and the Caribbean, with a focus on the religious and cultural history of the African Diaspora. 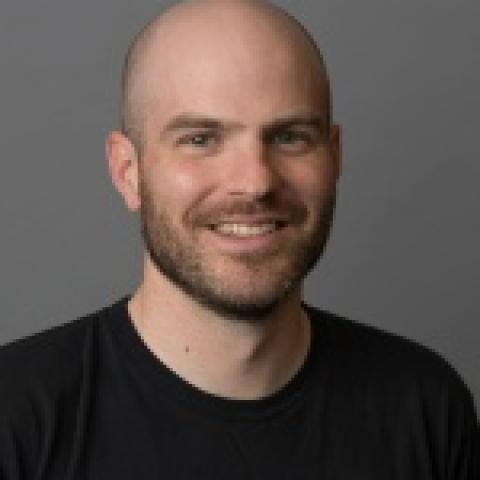 Michael Cary is a PhD student in the Department of Global
Development. His research investigates the political economy and cultural dimensions of food, agriculture and conservation, with a regional focus on land use change in the Bolivian lowlands. 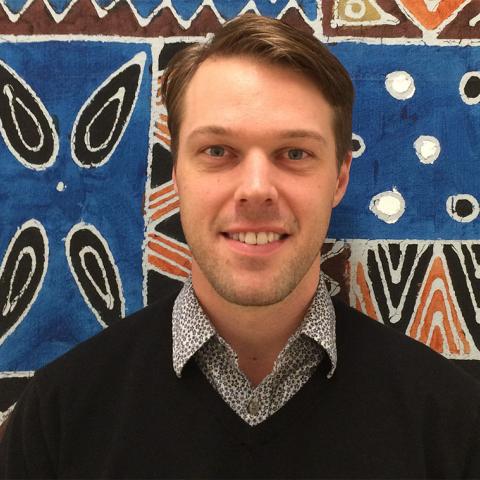 Dr. Ryan Edwards received his BA in Geography from UC Berkeley and is completing his PhD in History at Cornell. His work combines historical geography, political ecology, and science and technology studies.  Dr. Ryan Edwards is currently an Assistant Professor, Department of Liberal Arts,  School of the Art Institute of Chicago (SAIC) & was previously a Visiting Associate Research Scholar 2018/19, Program in Latin American Studies, Princeton University. He spent eighteen months in Argentina conducting fieldwork for his dissertation, which reconstructs an environmental history of the Ushuaia Penal Colony in southernmost Patagonia. 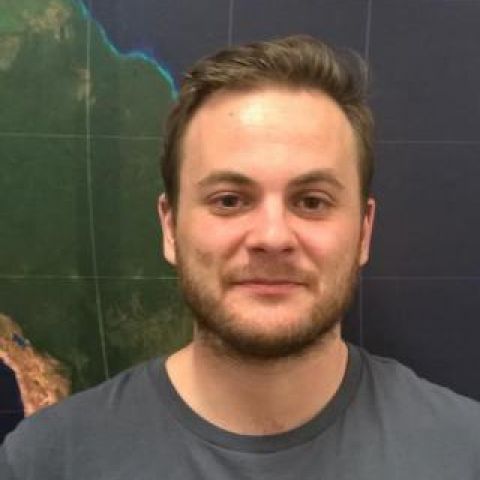 Vincent Mauro is a PhD student in the Government Department. He is interested in how party system development and institutionalization shapes redistribution in Latin America. He has ongoing research projects related to political parties and party systems, social policy, and economic inequality. 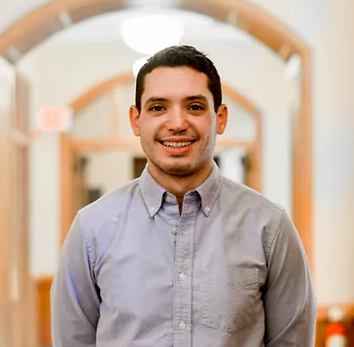 David De Micheli, PhD in Government, is an Assistant Professor of Political Science and Ethnic Studies at the University of Utah. Previously, he was a Post-Doctoral Fellow with the Center for Inter-American Policy and Research at Tulane University. His research interests lie in comparative politics, specifically on identity, inequality, and citizenship, with a regional focus on Latin America. His substantive interests include ethnic and identity politics, social movements, and the political economy of development. His research considers the formation of political identities around race and class in Brazil, aiming to understand how social identities become political, and why this is more likely in some parts of Brazil than in others. He was awarded the 2020 Best Dissertation Prize from the Race, Ethnicity, and Politics Section of the American Political Science of Association. 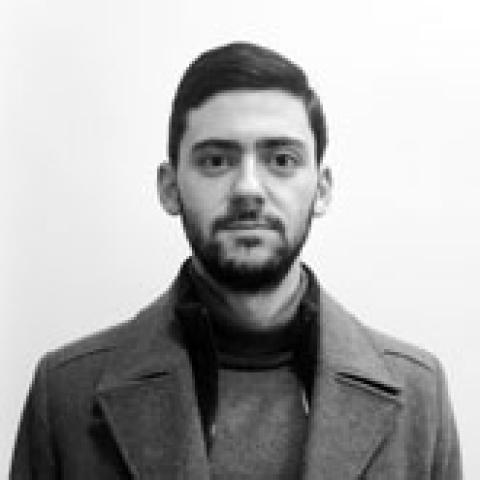 Carlos Antonio Mesa-Guerra is a Ph.D. student in Regional Science. He is interested in understanding the existing gaps between urban and rural areas in low- and middle-income countries. His research studies the provision of public goods and services, how spatial and income inequalities affect regional and national growth, the institutional constraints that facilitate or hinder regional development, as well as the economic impacts of immigration on destination countries. LASP Graduate Fellow '19-'20 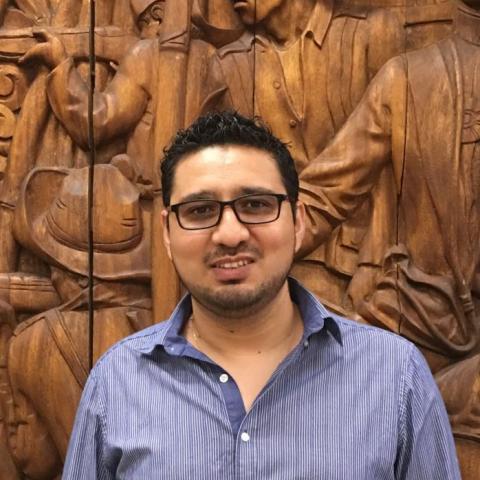 Jaime Ortiz-Pachar is a PhD student in the department of Natural Resources. His research takes a multidisciplinary approach to the problem of invasive species in the Galapagos Islands. Through a political ecology perspective his project aims to understand the effects of the invasive species discourse in the environmental governance of the Galapagos, in one hand; and in the other hand, to explore the relationship between invasive earthworms and invasive plants. Prior to coming to Cornell, Jaime worked for the Charles Darwin Foundation, an international NGO in the Galapagos. His work was related to the integration of scientific research into public policy. He holds a B.Sc.  and an M.Sc. in Environmental Management, and Environmental Monitoring and Modelling, both from King’s College London. 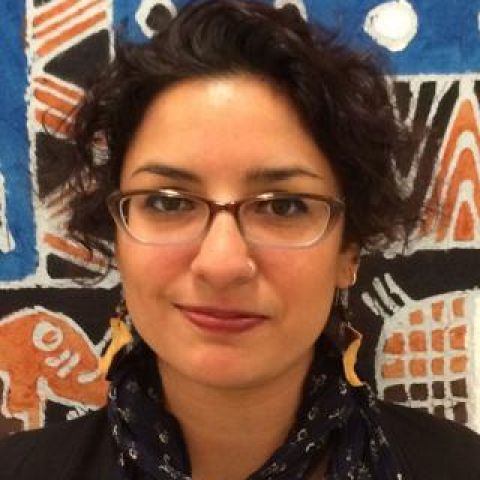 Karla Peña is a doctoral student in development sociology at Cornell University. Her research is in Ecuador where she studies indigenous-peasant movements and their struggle for land rights. Broadly, she is interested in food sovereignty, agrarian change and state-society relations in Latin America. She earned her B.A. in Liberal Studies from California State University Northridge (2009) and her M.S. in Natural Resources and Environment from the University of Michigan (2013). Karla is a Postdoctoral Fellow at the University of Texas, Austin, in the Department of American Studies, working on workers and commodity chains in Ecuador’s Agro-Export sector to the United States. 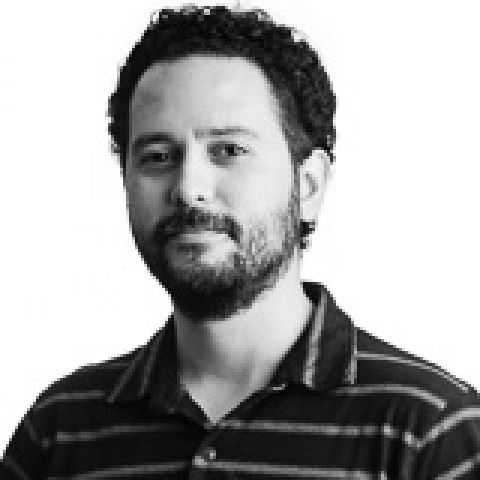 Josh Savala is a PhD graduate from the History Department. He is currently an Assistant Professor of Latin American History at Rollins College in Florida specializing in: Modern Latin America, Peru, Chile, labor and working-class history, oceans in history, and social movements. His dissertation project looked at the relationships of solidarity and cooperation forged by and between Peruvians and Chileans in the 19th and early 20th centuries. His research delves into the history of medicine, labor and working class history, anarchism, gender, and the maritime world. 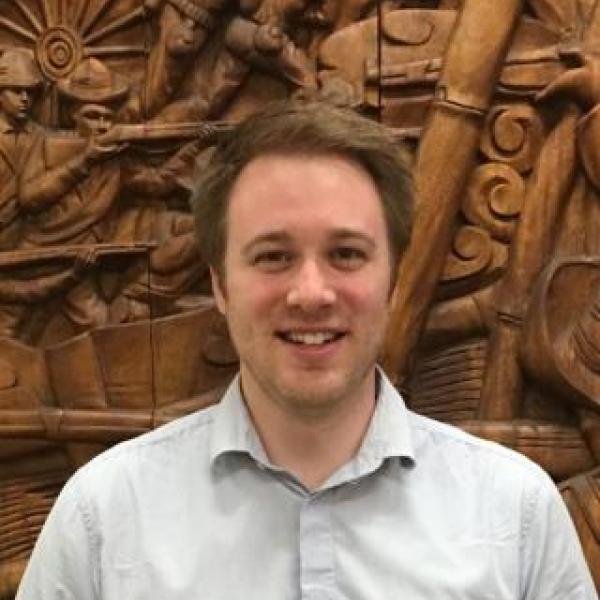 Darin Self is a doctoral candidate in the Government Department. His research focuses on how antecedent characteristics of authoritarian rule affects political and electoral institutions in democracies, causes of institutional change, and institutional determinates of populism. He is also interested in how we make causal inferences in politically developing states and designing new ways to measure social structure. His dissertation research is cross-regional and on: "Binding Contestation: How Party-Military Relations Influenced Democratization in Indonesia and Paraguay." 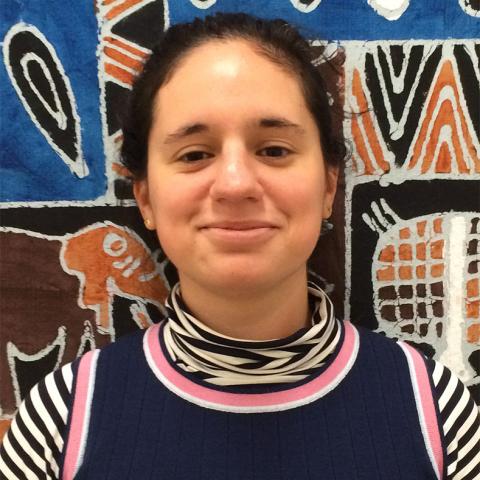 Maria Jimena Valdez is currently is a Postdoctoral Fellow, London School of Economics and Political Science, for a three-years doing research on workers in the global gig economy.